The 1981 film similarly pit modern man versus uber-hillbillies in a battle to the death.

But while “Deliverance” proved alternately profound and shocking, “Southern Comfort’s” modest rewards are all on the surface. You may have rooted for the “Deliverance” quartet to survive – watch out, Ned! – but these “Southern” soldiers barely deserve our pity.

Powers Boothe, even less expressive than usual, supplies the voice of reason amidst a group of dumber than dumb National Guardsmen. 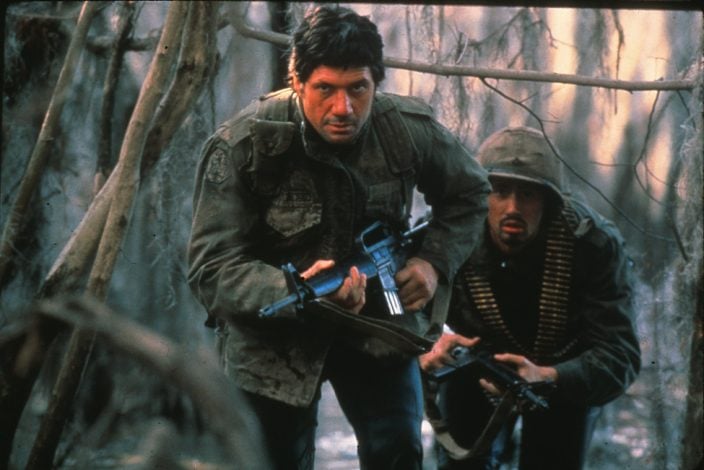 He plays Cpl. Hardin, a recent addition to a Louisiana Guard unit asked to fulfill a menial task in the state’s murky woods. They quickly get lost in the muck but stumble upon a small group of boats which could help them get back on track.

They decide to “borrow” the boats to complete their mission, showing little regret for their actions. When the boats’ owners show up one Guardsman fires at them with blank rounds as a gag.

The Guardsmen quickly find out the boat owners’ guns don’t use blanks, and the battle between hardened warriors and the faceless locals begins.

“Comfort” introduces us to a colorful group of actors including Keith Carradine, Fred Ward and Peter Coyote, but the film’s flat script doesn’t flesh out their back stories or show them as ready for so much as a spitball fight.

The “Buck Privates” could take out these clown soldiers.

The soldiers take turns acting in a sophomoric fashion, disobeying basic rules of combat and wasting ammo at every turn. 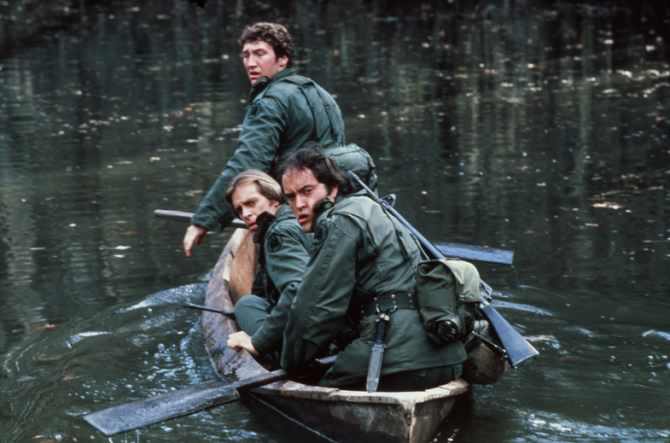 Perhaps it’s another layer of anti-Vietnam War sentiment on display here – U.S. soldiers enter a foreign land and fall prey to their own ignorance. If that’s the case, the talking points backfire. It crushes any chance we have of rallying around the dwindling band of heroes.

We do hear a few lines that play to the racism streaked through the era’s southern culture – the film is set in the early 1970s. But the theme is quickly discarded.

Director Walter Hill (“48 Hours”) stages the action sequence in a competent fashion, nothing more, but the rootsy score by Ry Cooder enhances even the most rudimentary sequences.

The film’s final 15 minutes push beyond our expectations, but we’ve already been disconnected from the key players by then.

“Southern Comfort” could have spun the “Deliverance” theme in fresh directions. Instead, the film falls back on familiar survival techniques played out by soldiers who could barely graduate from basic training.

DID YOU KNOW: Director Walter Hill says he didn’t expect his recent return to feature film directing, “Bullet to the Head,” to keep its incendiary title due to the politically correct nature of our times.