Disney is doubling down on the strategy that has worked so well for the Marvel Universe.

Think a mix of individual and team trilogies along with some standalone films. Here’s another way of stating it –
“the stronger the character, the more likely they are to get a trilogy.”

So, we might expect a Han Solo set of films that work together like the first six films, and a one off here and there, hopefully featuring Boba Fett.

It all sounds great, but there are a few lingering questions.

There’s no doubt “Star Wars” was in desperate need of a reboot. Episodes I-III were a disappointment to many, and only a dedicated sliver of fans follow the Cartoon Network’s “The Clone Wars” and the extended universe (which includes video games, comic books and fiction.)

The “Star Wars” universe needed new life, and I’m still amazed George Lucas let it go, even though he got paid pallets of cash in the process. What’s not in doubt is that I’ll see every “Star Wars” film that comes out for as long as I’m alive. I don’t know how much Disney factored that in to its $4 billion purchase, but I’m there no matter what Disney produces and for however long they’re willing to produce it. (I’m watching the new “Star Wars Rebels” on Disney XD, and it’s starting off okay.) 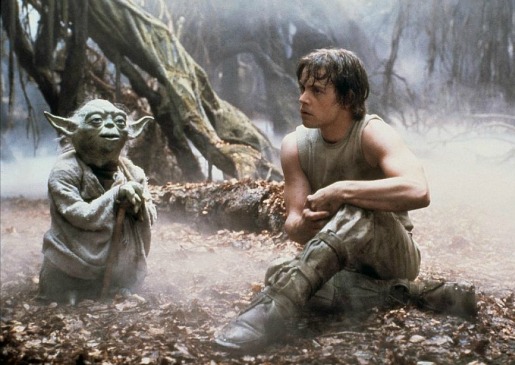 “Star Wars” has had my heart and was the foundation of my childhood imagination since
1977. The film became a gateway to other universes: “Blade Runner,” “Aliens,”
“Dungeons & Dragons,” “Dune,” the “Shannara” Trilogy, Middle Earth, and “Narnia.” I also
probably wouldn’t have tried the original “Star Trek” series if it were not for the influence “Star Wars” had on me.

I read comic books as a kid, watched Adam West’s “Batman” reruns and consumed stories from the DC and Marvel universes. None of them had the impact that “Star Wars” did. The space saga fueled my lifelong devotion to science-fiction.

If not for Luke, Leia, Han and Chewie I never would have sought out those amazing writers.

The early ’80s were an exciting time for science-fiction/fantasy, but what’s hard to remember is that back then dystopian stories were extremely rare. Throughout the ’80s and ’90’s Hollywood was continually criticized, by critics and creatives alike, for churning out movies with happy endings.

The common view was that Hollywood didn’t have the guts, like it did in the ’70s, to risk dark and brooding themes with unhappy endings. Dystopian narratives are now the norm: “World War Z,” “The Road” and “Oblivion” to name a few. 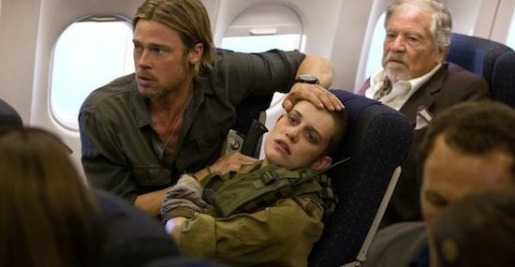 Looking back, it’s easy to forget how incredibly positive “Star Wars” is as a story. It’s essentially about a family, torn apart by war, which rallies to overturn a genocidal empire through the reconciliation of a father and son.

Same thing with “Star Trek.” Again, an unbelievably positive message of how humanity can overcome war, poverty, racism, sexism, greed, hoarding and corruption through a meritocracy and reliance on science and reason.

Let’s be honest, there are no “legacy admissions” to Star Fleet Academy.

To be sure there were darker films produced at the time, with “Alien” (1979) being as much a horror film as science-fiction. Plus, “Star Wars” had elements of darkness akin to both “Alien” and “Blade Runner.” Consider the grunge and filth on the Rebel ships and the torture devices and prison cells in the cool, clean Empire battleships. Plus, the franchise had an epic baddie who could force-choke someone to death.

Still there was also an innocence to the “Star Wars” movies similar to “E.T.” and the work of Jim Henson and his Creature Shop.

While Jim Henson’s effects team did not design the creatures in the “Star Wars” universe (which is commonly assumed) it’s fair to say the film was just as close in spirit to “The Dark Crystal” and “Labyrinth” as it was “Alien” or “Blade Runner.”

From the “Cantina Scene” in “A New Hope,” to Yoda in “The Empire Strikes Back” (voiced by Creature Shop co-founder Frank Oz) “Star Wars” is just as much a Muppet movie as “The Muppets Take Manhattan.”

If the “Star Wars: The Force Awakens” lacks the heart and hope of those puppets, then it’ll just be another CGI-driven movie full of pew-pew-pew.