Valenti, then head of the MPAA, said his organization rates movies based on society’s changing values and mores. That won’t surprise today’s parents who often find PG:13 movies teeming with inappropriate content.

It’s why The Dove Foundation lets parents and grandparents, not professional critics, write its reviews.

“We’ve seen ratings creep on both sides of the scale,” says Rolfe, Dove’s Chief Operating Officer. “Some R-rated films are now considered PG:13 … and G-rated films of the past would now be considered PG.”

Dove’s online reviews let parents know precisely what to expect from a given movie, from the language employed to the violence showcased throughout the story. Other factors include how often a film includes sexuality, drugs or nudity.

When a film gets the Dove seal of approval, it means the story in question is wholesome fare for the family.

The MPAA rules may be in flux based on perceived social evolution, but Rolfe says Dove’s mission remains the same. Don’t expect nuanced explorations of cinematography or acting. Dove reviews offer helpful descriptions of the story and themes in play.

“It’s like we’re talking to our neighbor over the backyard fence,” says, Rolfe, whose father Dick Rolfe founded the nonprofit Dove Foundation in 1991. 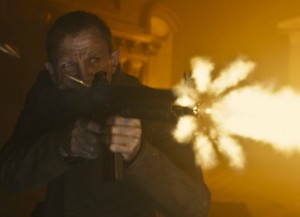 Today’s parents are concerned about film content for different reasons, and it often falls along partisan lines. Conservatives tend to worry about sex and profanity, while liberals focus on the levels of violence in a film.

“Hollywood thinks that G is a death knell to films, and they’re wrong,” he says.

Dove often works with filmmakers who want to attract families to their movies. Dove officials will consider their material in its rough form and suggest ways to make the content suitable for a family audience. The process is voluntary, but more often than not filmmakers agree with Dove’s suggestions, Rolfe says.

Some changes are easy to make, even if it comes down to the amount of blood spilled in a given scene.

“It’s amazing what they can do in color correction,” he says.

The Dove standards don’t necessarily rule out difficult stories or tales told from gritty, real-life events. Rolfe points to director Alfred Hitchcock as an artist who could tell a grisly tale without shoving audiences face first into depravity.

“God gave us these great minds,” he says. “Good filmmakers leave enough to the audience’s imagination. The human mind can take over [from there].”