“Can’t sleep. Staring at ‘Confessions’ right now. We can crowd fund this and do it ourselves next summer. Am I just being nuts right now?”

We had been working on a project we called “Confessions of a Superhero” for a long time – since 2009. It had stalled, and we’d both moved on from it. His text started a whirlwind of creativity that led us to this place. We’re about to go from guys who write about film to guys who are making a film.

I’m Mike Noyes and my writing partner is Scott Sawitz. I’ve known Scott for about a decade, ever since I started writing for a pop culture website he was already a part of. It took a few years for us to meet in person. He lives in Chicago and I’m in San Francisco. Luck would have it that my in-laws live in Chicago and during a trip there Scott and I hung out, ate some deep-dish pizza and talked about movies.

After a couple of years of writing about film we got to talking about writing a project together. We work shopped a few ideas but none really clicked. Then I had an idea I really liked, the acorn that would grow a great oak, as it were. However, I was having trouble getting it off the ground, and I knew Scott was the perfect guy to help.

So that night six months ago he had insomnia and started looking at it again. Initially I had envisioned it as a web series when we first started writing. As the story began to grow our thoughts turned to film before finally deciding that a TV pilot would be the best way to start.

RELATED; 7 Ways Indie Filmmakers Can Compete with the Studios

Keep in mind the concept of crowd funding and YouTube only series weren’t a thing back then like they are today. We had our pilot, but neither of us had the connections to get in front of anyone who mattered.

It was a simple premise: A superhero and a super villain are roommates and best friends, but they don’t know the other’s secret identity. Scott liked my pitch and turned it into 20-something pages involving a superhero team poker night and an Internet date. It was rough, but it was a lot more progress than I’d made. From there it was a frantic series of back and forth emails until our Pilot episode was completed.

Now, several years later, we’re putting the money together to turn what was a throwaway email into reality. In a different time we’d never have met and, even if we did, our ability to collaborate would have been nearly impossible.

Today, with the power of email and Google, we’ve worked on this project like we’re in the same city. 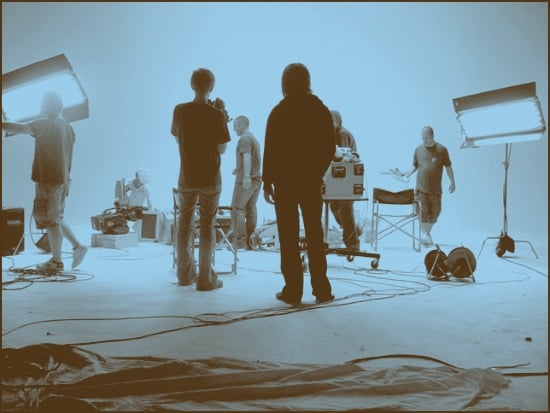 So now we’ve come full circle. The web series, that became a film and then a TV pilot, has returned to its humble beginnings. We’re turning to Kickstarter to start shooting next summer.

As we got closer to the Kickstarter campaign Scott sent me a text: “Man, “I’m really scared, I’ve never put myself out there like this.”

To which I responded: “A better man than myself once said: ‘when you’re scared it means you’re on the right path.’”

The closer we get, the truer that statement becomes. It is scary to put yourself out there, to ask friends, family and strangers to help fund your dream.Yet here we are, and our dream is closer to reality than it has ever been.