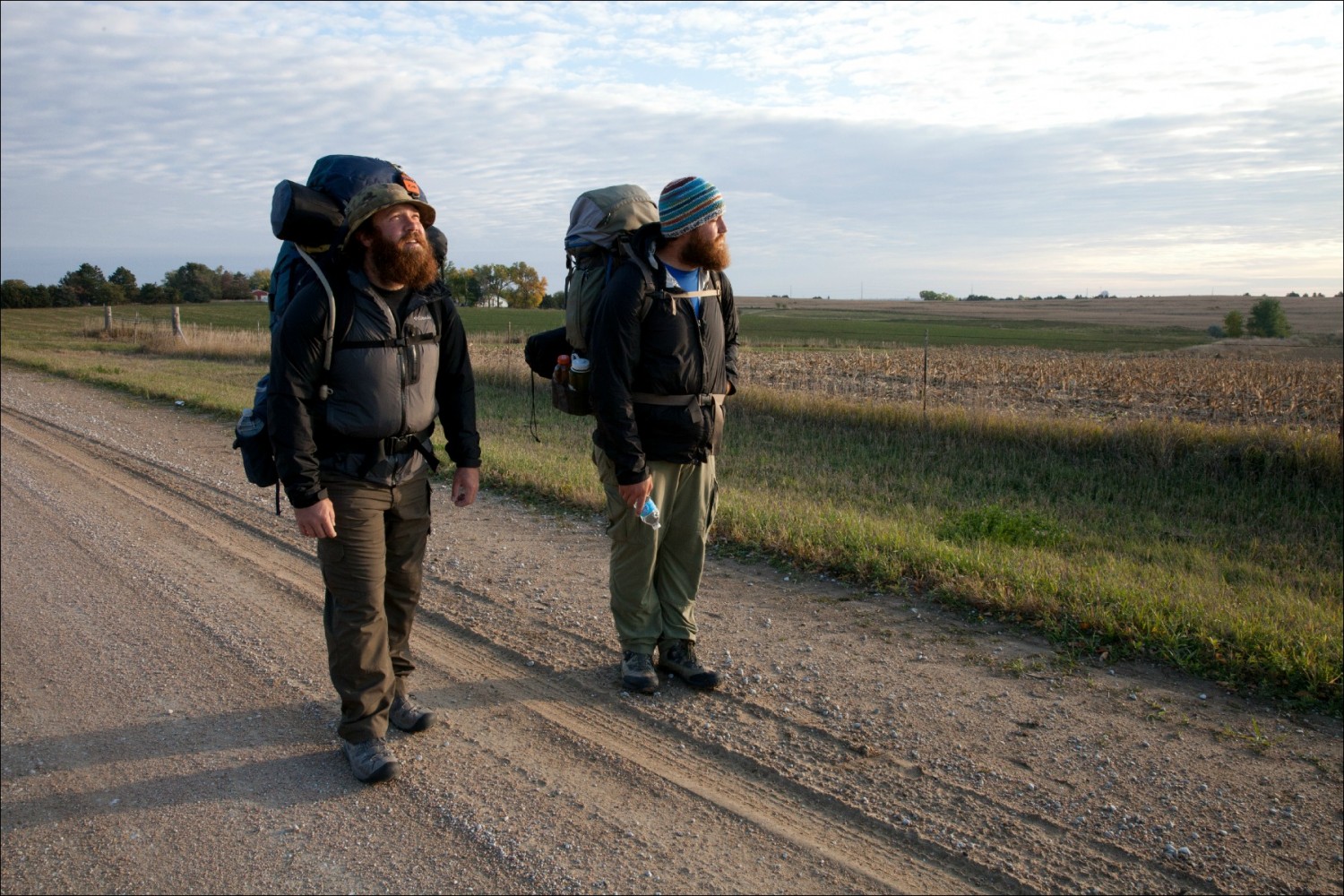 Director Michael Collins says the American people may be fractured along ideological lines, but they quickly unite when it comes to caring for members of the U.S. military.

The Emmy-nominated director’s next film, “Almost Sunrise,” focuses on two veterans and their quest to heal from their war-time experiences. The documentary touches on military suicide rates, post-traumatic stress disorder and the power of community to heal what some call “moral injuries.”

Collins refused to dangle red meat at the ideological masses. Instead, the documentary offers to unite viewers in their concern for the men and women on the front lines.

HiT: Was there a tipping point that made this project a reality, a moment when you learned enough about the issues veterans face that you declared, ‘this is my next film project?’

Michael Collins: I think when each of us hears that staggering statistic that 22 veterans take their own life every day, there is a moment of utter disbelief. And that’s followed by a moment of shock that the government and media aren’t addressing this epidemic more. I had this moment in November of 2012 while volunteering for an organization called Project Welcome Home Troops who conduct transformative workshops for vets and their families.

I was traveling around the country interviewing vets of all ages about their experiences coming home. It was unbelievably powerful and eye-opening for me. I realized how little I had known about the challenges the vets community had been facing for so many years – alone. Immediately I knew beyond any doubt that my next documentary had to be about veterans. About what war looks like when it come home, because it always does – and it affects us all whether we realize it or not.

HiT: How do you establish trust with your subject matter and sources as a documentary filmmaker? Does that process differ with each project?

MC: Trust is one of the greatest gifts someone can give you, but you definitely need to earn it. And working with the veterans’ community this was especially true. In fact, when I called Anthony the first time to explore the possibility of working together, I very quickly found that I was the one being interviewed.

And some films and TV shows do a huge disservice to veterans by perpetuating the stigma that exists around Post Traumatic Stress. PTSD does not equate criminal activity, yet many Americans fear that combat veterans are ticking time-bombs.

I feel there is a tremendous amount of responsibility that comes with filming someone else’s life and this should never be approached casually. We are asking people to share their most personal selves with us – on camera. So first you have to ask yourself why it is that you need to make this film, and what are the possible effects it will have on the lives of all those who agree to be filmed. If your intentions are clear and serving some greater good that you can communicate, then earning trust should not be an issue. If you are open and transparent, that will carry through to all aspects of the production.

HiT: Is the press doing a good enough job capturing some of the issues highlighted in your film … what else could or should be done?

MC: There are certainly incredible journalists out there who are doing their best to understand the issues veterans and their families are facing and to report them to the public. But this should be getting much more attention by the press and treated with a greater sense of urgency.

We are in the midst of a suicide epidemic – and that is really just one aspect of the healthcare crisis that veterans are facing in this country. But the fact is, many people still don’t know that 22 vets take their lives each day, and that points to a huge problem.

HiT: Has Hollywood helped or hurt how we see U.S. military veterans through its film and TV content?

MC: I think it’s done both. Some films make a sincere effort to depict combat experience in a realistic way so we can better understand the veteran’s perspective. But the truth is, their experience is so vast and complicated, it’s impossible to do anything more than give us a small glimpse into their world. And some films and TV shows do a huge disservice to veterans by perpetuating the stigma that exists around Post Traumatic Stress. PTSD does not equate criminal activity, yet many Americans fear that combat veterans are ticking time-bombs. This misconception can make it extremely challenging for vets to find employment.

HiT: Your film appears to take an apolitical tone at a time when political content often gets more attention — and sometimes more eyeballs. Can you discuss keeping the subject matter free of ideology … was it a direct mission? Were there editorial checks and balances to keep it that way?

MC: The most powerful documentaries, in my opinion, leave people inspired to take action, not angry and depressed. Nothing constructive comes from stoking political divisiveness as far as I can tell. It seems to only benefit politicians and pundits, and keep the public from uniting and having a more powerful voice.

My experience making this film is that people from every walk of life want to work together to solve the issues our veterans are facing. They are less interested in placing blame and more concerned with looking forward toward solutions. The film will be made in that spirit, because that was our experience in production across the country.

HiT: ‘Almost Sunrise’ may be viewed in theaters … or via VOD services … but many indie films still struggle against the tentpole films. Your successful Kickstarter campaign highlights a new weapon artists have in battling economic issues. The film landscape is changing dramatically. Does it make you more or less optimistic as a filmmaker?

MC: With the changing landscape and developments in technology, I’m optimistic that it will mean more opportunities to find funding from new sources and to reach wider audiences. For indie filmmakers, having the resources in place to properly navigate these new landscapes can be very tricky. But within the documentary community there are so many pioneers always forging ahead to develop new and innovative ways for us to connect with our audiences and achieve meaningful impact.

A few examples of this are POV, The Good Pitch, Sundance Artists Services, The Fledgling Fund, Tribeca Film Institute, and Borderline Media…to name a few. Change is inevitable and I’m fortunate to be part of a community that is embracing it.

HiT: It sounds like the creation of “Almost Sunrise” changed you in a way … and convinced you to be more proactive on issues related to veterans. What is the one action you’d like viewers to take after they see your film?

MC: I’d like people to think about the responsibility we all have when our country sends young men and women into combat and then fails to care for them properly when they return. There is nothing more powerful than a community united, so I hope people will be inspired to volunteer for a veterans’ organization, to find a way to connect with the veterans and their families on a personal level, a human level.

HiT: What’s are the next steps for “Almost Sunrise” on its journey to theaters?

MC: To get into theaters, you need to craft something engaging, entertaining, cinematic, dramatic… and “Almost Sunrise” is on course to be all of that and then some. We are wrapping up filming this month and I’m very excited to dive into the edit. I have several months ahead of me still, but I’m very excited about this stage. I’m also looking forward to collaborating with brilliant-musician-power-couple Yuka Honda (Cibo Matto) and Nels Cline (Wilco) who have signed on to do the score. I will be posting regular updates on our website and Facebook page so everyone can track our progress. 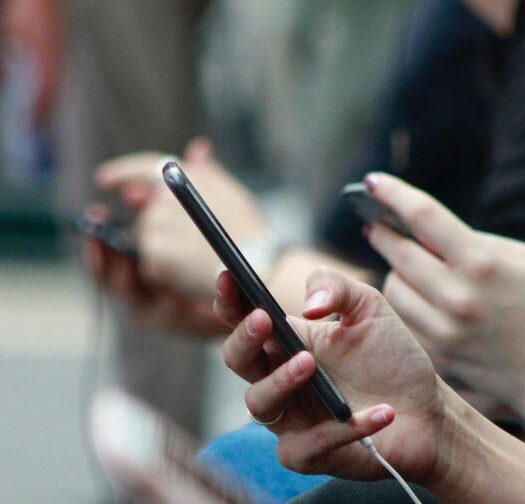 CloutHub Wants No Part of Our Cancel Culture Age 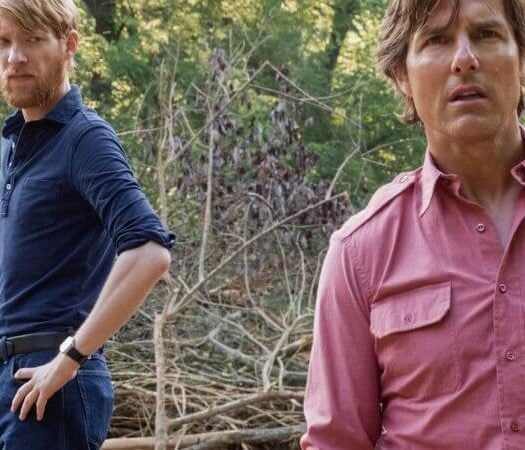