The Oscar winner's box office figures are fading as his attacks on the president grow worse.

Robert De Niro’s Hollywood legacy is secure, and little can change that.

Give dazzling performances in films like “Awakenings,” “Raging Bull” and “Goodfellas,” and Tinsel Town will forever fete you.

That doesn’t mean the Oscar winner isn’t scrambling to obscure both his resume and image with a sizable swath of the country. His rabid hate for President Donald J. Trump, combined with saying “yes” to virtually any screenplay plopped on his agent’s desk, is diminishing his stature as a beloved industry titan.

It didn’t have to be this way.

Finding the Fountain of Middle Age

While many starlets struggle for gigs as they leave their 40s, De Niro kept right on working. He never slowed down, a tribute to his talent, work ethic and visage. At 74, he looks a decade younger with his still-thick hair and hale appearance.

So how has he used those raw materials over the last decade?

It’s great to keep working into your golden years. It’s something else to squander decades of good will by taking any ol’ film that comes your way.

A De Niro prject used to be something special, even on the rare occasions it backfired (“New York, New York,” “Mary Shelley’s Frankenstein” rush to mind).

Now, his selections reveal a hunger for a paycheck, not any creative rationale.

Is it any wonder audiences treated his 2017 release “Comedian” like a fungus to be avoided at all costs?

For years, audiences had little, if any, grasp of De Niro’s political leanings. That didn’t mean he wasn’t opening his wallet for select politicians.

He gave $5,000 toward President Bill Clinton’s legal defense fund during the leader’s impeachment scandal. The actor also testified before Congress on Clinton’s behalf.

Still, audiences knew him first and foremost for his ferocious performances.

De Niro’s ideology played a tiny role in his flourishing career. The work came first, and he typically avoided or minimized interviews in the process. GQ Magazine published an entire story in 2006 about how hard it was to interview the Hollywood icon.

He’s since gotten chattier … and angrier. Today, you can set your clock to another De Niro outburst aimed at President Trump.

It began when he took part in an allegedly non-partisan video project for #VoteYourFuture. He went wildly off script, grossly insulting the GOP candidate in the process.

The footage leaked, naturally, staining the group’s intentions. On the video De Niro wished he could punch Trump in the face.

In less than a minute, De Niro called the Republican presidential nominee “a dog,” “a pig,” “a con,” “a bulls—t artist … who doesn’t know what he’s talking about” and “an idiot.”

Had an actor said something similar about President Barack Obama he might find his next few gigs dry up. Given how Hollywood leans, the outburst had no impact on his career. Instead, media outlets shared the news without that context. Emboldened, De Niro kept giving reporters angrier Trump attacks.

Days after the election, he callously compared Trump’s victory to how he felt after the terrorist attacks of 9/11. That day killed 2996 people, including the 18 hijackers responsible for the savagery. Few, if any, reporters clutched a single pearl at the comparison.

De Niro was just warming up, though.

He told Bloomberg News Trump had “debased the presidency” after just a few weeks in office.

While promoting his HBO film “The Wizard of Lies” about Bernie Madoff he let loose with a Deadline.com reporter on Trump.

“If he was smart, he’d be even more dangerous. He’s dangerous as it is. He’s terrible, and a flat-out blatant racist and doubling down on that, and it’s good that he does because he’s going to sink himself.”

“A college education is important, but education without humanity is ignorance. Look at our president. He made it through the University of Pennsylvania, so he was exposed to a quality education, but he’s still an idiot. And he lacks any sense of humanity or compassion.”

“To be silent in the face of such villainy is to be complicit,” he added.

In January, the actor departed from the occasion at hand, the National Board of Review Awards in New York City, to excoriate Trump in a way that needs to be bleeped.

“This [expletive] idiot is the president,” De Niro added. “It’s the Emperor’s New Clothes — the guy is a [expletive] fool.”

Last month, he used his perch as co-founder of the Tribeca Film Festival to, you guessed it, savage his favorite target. His speech addressed the fourth estate, a body which has filed an array of fake news items against the sitting president.

“Your job is difficult enough without being attacked by our Lowlife-in-Chief. The press has done an admirable job this past year. We’re looking at journalists as our saviors, in the same way we used to look at our political leaders.”

His latest Trump attack may be the most infantile.

The actor claimed President Trump is barred from entering any Nobu restaurant. The actor is co-owner in the upscale restaurant chain. The actor’s representative later backpedaled on the statement.

So where does that leave De Niro today? He’ll soon revisit his glory days with collaborator Martin Scorsese. The two recently wrapped production on “The Irishman” for Netflix, a gangster film co-starring Joe Pesci, Al Pacino and Ray Romano. The streaming giant will release the movie sometime in 2019.

Beyond that, De Niro will appear in the PG-comedy “The War with Grandpa.”

The actor can still deliver a blistering performance. Few saw “Hands of Stone,” but he excelled as Roberto Duran’s trainer Ray Arcel. His equally ignored 2012 movie, “Being Flynn,” is also well worth your time.

Sadly, like some of his pugnacious colleagues, De Niro is coaxing viewers to ignore those rare gems with his childish attacks on a sitting president. 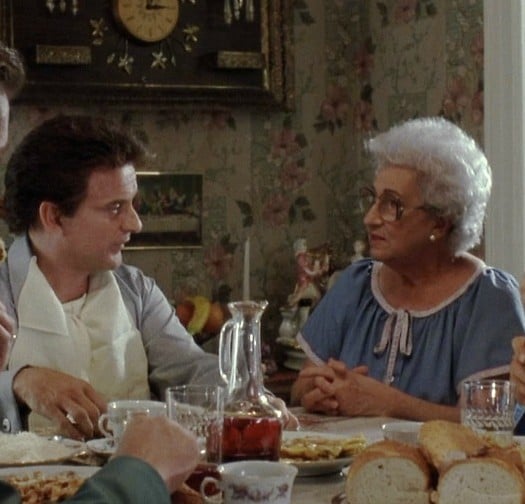 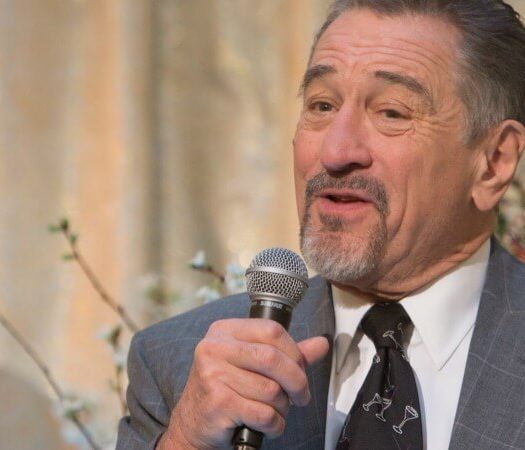