Now, there aren’t many people vying for that title these days. Director Ti West could stake a claim to it, but unfortunately indie fare like “The Sacrament” hasn’t found mainstream success. Wes Craven recently left this mortal coil, and John Carpenter doesn’t direct much these days.

Neil Marshall seemed like the obvious new king, but he couldn’t follow up “The Descent” with anything nearly as compelling.

Australia’s Greg McLean shows promise, what with the serially underrated “Rogue” and the nihilistic “Wolf Creek” under his belt. 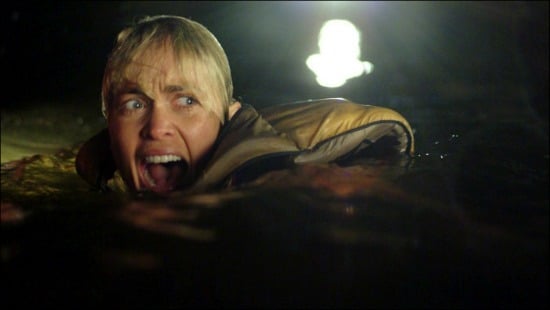 And then there’s Wan. He delivered a one-two punch of “Insidious” and “The Conjuring” back to back, hitting both serious scares and commercial nirvana. And that was on top of “Saw,” a strong horror entry diluted by a skein of terrible sequels.

Now, Wan is back with “The Conjuring 2,” and our first look at the film suggests he might have done it again. Once more we’re battling spirits with Patrick Wilson and Vera Farmiga, playing real-life ghosthunters from the 1970s.

Here are 5 things we learned from the just-released trailer.

Supernatural Thriller. Director James Wan brings this supernatural thriller to the screen with another real case from the files of renowned demonologists Ed and Lorraine Warren. Reprising their roles, Oscar nominee Vera Farmiga and Patrick Wilson star as Lorraine and Ed Warren, who, in one of their most terrifying paranormal investigations, travel to north London to help a single mother raising four children alone in a house plagued by malicious spirits.