This summer even gave us “Independence Day: Resurgence,” a sequel to a film 20 years old. Hollywood’s hunger to make films based on existing properties has many fans hoping for sequels to some beloved films.

However, even though movie sequels often make sense, it doesn’t mean they will happen. That’s true even in today’s movie climate.

Here’s a look at five sequels we want, but will probably never get. This is a list I would very much like to be wrong about.

Director M. Night Shyamalan’s cult hit “Unbreakable” has only grown more popular with age. The film, starring Bruce Willis and Samuel L. Jackson, follows a man who discovers he carries the gift of super strength. Jackson’s character is a comic enthusiast with the opposite problem.

The 2000 film has earned praise over the years for being ahead of its time (comic book movies are now all the rage) and for exploring fresh ideas involving heroes, villains and super powers. 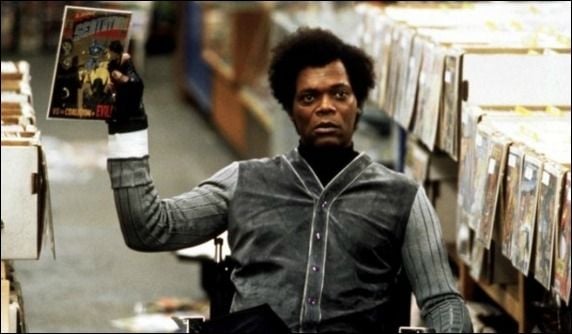 “Unbreakable” was the first part of a planned trilogy. While Jackson expressed interest over the years in returning, Shyamalan has been focusing on other projects. He seems to want more “Unbreakable” adventures, but the prolific filmmaker never makes them a priority.

The last time sequels were discussed was when superfan and comedian Patton Oswalt shared his ideas for continuations in a 2015 interview with Screen Junkies.

That video went viral, and Shyamalan responded on Twitter saying, “I may need to fly @pattonoswalt out to Philly to help me crack the Unbreakable sequel. Love the enthusiasm!”

Oswalt responded with, “I wasn’t f#$@ing around in that video, Mr. Shyamalan. You started a dark, epic trilogy. FINISH IT. (please?).”

Even though Shyamalan, Willis, and Jackson all seem open to the idea of more “Unbreakable” stories, it’s been 16 years. Plus, Shyamalan is pretty busy working with Blumhouse Productions (“Split” hits theaters in January), attaching himself to a reboot of “Tales From the Crypt” and producing “Wayward Pines.”

With not a single sequel on the man’s filmography, no matter how much we want more “Unbreakable,” we will probably have to be happy with the one story.

Some may laugh at the idea of a sequel to a ’90s Matt Damon feature that didn’t light up the box office. However, “Rounders” became a big hit on video, especially among poker enthusiasts.

While it’s not a film that easily lend itself to sequelization, all involved have been salivating for the chance to revisit the characters.

Screenwriters Brian Koppelman and David Levien say they have a story idea, and stars Damon and Edward Norton both seem ready to come back. Even producer Harvey Weinstein has announced the project more than once. Still, with so much time having elapsed, and Koppelman and Levien busy running Showtime’s “Billions,” there’s little chance “Rounders 2” will ever happen.

The original may be a cult hit, but it’s not a film many financiers may be lining up to sequelize it. That hasn’t stopped the makers from hoping for the best. While promoting “Jason Bourne,” Damon said on The Rich Eisen Show:

“[Brian] Koppelman and [David] Levien — the two guys who wrote it… they have a really good idea for a ‘Rounders’ story…This young generation, they start playing when they’re in their adolescence. They’re looking at 10 hands at a time, playing for real money online. By the time they’re 21, they’ve seen millions and millions and millions of hands… It’s now gone into deep game theory. It’s at a whole other level. It’s just a very, very different game.”

In the meantime, while we wait, pop in the original “Rounders.” You may be surprised how good the film really is.

People love Guillermo del Toro. However, he seems to have a problem with stacking too many projects onto his plate at once.

For every “Pacific Rim,” there’s three or four other dead projects that went nowhere, but had fans excited. The last “Hellboy” was released in 2008. While a modest success, there has been much doubt about a third film to cap the trilogy, especially from del Toro.

“Hellboy” actor Ron Perlman has expressed his own doubts, but said he’s open to finishing the story of “Hellboy.”

Del Toro doesn’t seem to think there’s a good chance of it happening anymore. The director told The Hollywood Reporter why he isn’t optimistic about a third chapter.

“Hellboy 3 is a wish that will never be fulfilled cause the first two movies made really good profits on a market that doesn’t exist anymore. The reason there’s a Hellboy 2 is not because the studios were passionate about the first one, it’s because the numbers made sense. Hellboy 1 was such a huge, huge over-performer on Blu-ray and ancillary markets…And the second one did good in all ancillary markets, which now do not exist. It’s very hard to convince a studio when you’ve lost that stream of revenue.”

After popularizing the vampire hunting Blade character in two hits films in 1998 and 2002, the franchise stalled in 2004 with “Blade: Trinity.”

Snipes even sued the studio over the film’s quality. He alleged his advice as a producer was not taken seriously. He also complained about not being given enough screen time.

After a small stint in prison for tax troubles, Snipes is back with films like “The Expendables 3” and more sober fare like Spike Lee’s “Chi-raq.”

The question he’s most often asked, though, is about a possible “Blade 4.”

Marvel has a good thing going and might not be open to a Snipes’ “Blade.” They’d probably prefer to cast younger and roll the character into the existing universe.

It’s against type for the universe-building Marvel to acknowledge the events of the original “Blade” trilogy and let Snipes have one more go round. Still, the actor has hope.

Consider this Tweet from him earlier in the year.

When it comes to another BLADE, there’s always a possibility. 😁#SharpeningMyTeeth

While the original film is beloved and still shown around the country, director David Fincher isn’t an obvious supporter of sequels. While it’s possible Palahniuk’s new material could entice Brad Pitt, Edward Norton and Fincher back to the big screen, “Fight Club” is not a film that could be made today.

Our politically correct times would never accept it.

The original film dealt with machismo, domestic terrorism and other themes that would make social justice warriors recoil. They would write scorching, myopic blogs posts about the offensive nature of Palahniuk’s honest storytelling.

The comic may have to suffice for fans.