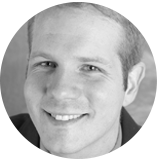 As others spent their adolescent years dashing about in sports and finding dates for dances, Matt spent mine inside watching movies. He set a goal at 15 to see every Academy Award winner. He admits the quest tended to evoke a trite response of “um, why?” when shared with others, particularly those of the opposite sex, but it was something to do. He finished the marathon several years ago with a viewing of the first Oscar winner, Wings from 1927, a rather engaging entry for being a 144-minute silent picture.

He lives in Southern California with his wife and Boston Terrier. That said, he don’t work for The Industry. Instead, I’m a college administrator and proletarian writer who watches movies like the rest of the ham-and-eggers: He waits in line and pay full price.

Favorite Best Picture Winner: Lawrence of Arabia. He’s even seen it three times in Super 70 in the cinema.

Least Favorite Best Picture Winner: The Greatest Show on Earth. DeMille’s epic about circus life is not just an Oscar letdown, it’s nothing less than awful. The climax is a circus train derailment where the cast saves the animals. That’s it. That’s the movie that beat High Noon andThe Quite Man for the top prize. Shameful.

Favorite Movie: Star Wars. First film he saw in the cinema. It left an impression.

Favorite Movie Theater: The Uptown in Washington, D.C., and yes, he has been the Mann’s Chinese Theater.