These tales also introduce us to schools which help our heroes navigate the moral issues in play. Here are 10 prime examples of places of learning we wish we could audit.

10. Young Lady’s Illustrated Primer a Propædeutic Enchiridion (A Diamond Age by Neal Stephenson)–The promise of weak A.I. as teacher is intriguing and highlights where education technology could be heading.

9. League of Shadows (“Batman Begins”)–Helping to face your deepest fear and then use that as the talisman of your strength is downright brilliant.

7. Jedi Academy (The “Star Wars” franchise)–Mentoring is at the foundation of all teaching, but a larger circle of teachers is aware of where each student is heading. 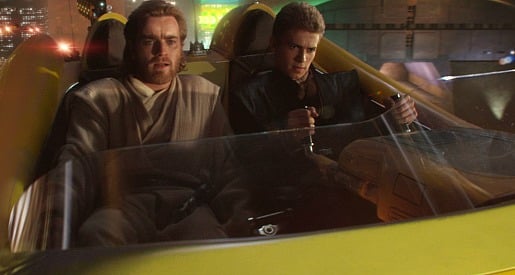 6. The School of Magic (“World of Earthsea” by Ursula K. Le Guin)–Teaches you about systems and the bigger world that surrounds you.

5. Xavier’s School for Gifted Youngsters (the “X-Men” Universe)–Safe haven and respect for differences.

4. Pai Mei’s Cruel Tutelage (“Kill Bill”)–All about breaking through self-imposed limitations … and that sometimes people are coming to kill you.

3. Battle School (“Ender’s Game” by Orson Scott Card)–Breaks you out of your patterned way of thinking. Teaches you to continually evolve your strategy and stay connected to situation on the ground. No ivory towers to be found here.

2. Hogwarts School of Witchcraft and Wizardry (the “Harry Potter” series by J.K. Rowling)–The great thing about Hogwarts is that it promotes curiosity and imagination in its students. Students are well prepared to live in the world they inhabit and build great networks of friends and colleagues.

1. Star Fleet Academy (the “Star Trek” Universe)–We don’t know much about how Star Fleet Academy actually works, other than a few snippets here and there, but we do see the results. Different species from all over the known universe learn to work together in the name of exploration and science.