The Marvel juggernaut has struck again with the Netflix series "Daredevil."

I’m halfway through the first season of the hotly anticipated series, which tells the story of Hell’s Kitchen attorney Matt Murdoch and his enemies and allies. The seven episodes I’ve viewed have completely washed away any regrettable memories of the 2003 Ben Affleck cinematic version.

Created in 1964 by Stan Lee and Bill Everett, Daredevil is a vigilante in the Batman mold. An accident involving radioactive waste when he was 9 blinded Matt (played with conviction by a stubbly faced Charlie Cox), but left his other four senses heightened to the point where is can “see” more than most.

For example, he knows a bad guy is searching for him several floors beneath him by the smell of his cologne. Thanks to fight training from Stick (Scott Glenn), a mysterious mentor with questionable motives, Matt is ready to take on any manner of baddies.

While the stories are engaging, it’s the characters that really make the show enjoyable. Cox is surrounded by strong personalities including his law partner, Foggy Nelson (Elden Henson), and the Night Nurse (Rosario Dawson), who patches him back together after he takes his nightly beating.

Of course, every hero is defined by his archenemy, and Fisk doesn’t disappoint. Not surprisingly, D’Onofrio is great as the Kingpin of Crime. What may be unexpected, though, his the subtleness his brings to the character, particularly in the first few episodes.

We first see him at a gallery, where he meets his would-be paramour, Vanessa (Ayelet Zurer). Eventually we learn that he is consolidating power to rebuild Hell’s Kitchen in his own image (apparently it took quite a beating in the first Avengers movie and needs significant rehabilitation).

The comic book version of Fisk show him as a ruthless overlord, never shying away from using his immense mass to demolish his victims – and to give Spider-Man and Daredevil runs for their money.

It isn’t until he’s embarrassed in front of Vanessa by a henchman that we see Fisk’s viciousness. He pulls the henchman out of his vehicle and proceeds to beat the tar out of him. The henchman’s demise via a car door could have just as easily been out of “The Walking Dead” instead of a Disney-owned franchise. That occasional over-the-top violence distances this show from the rest of the Marvel Cinematic Universe.

You won’t see Loki dismembering his opponents or Ultron impaling an enemy through the eye.

Given that penchant for ultra-graphic violence – and Daredevil’s street-level appeal – it will be interesting to see how these characters fit into the Marvel films. Conventional wisdom holds that Daredevil will show up next year’s “Captain America: Civil War.” But with Netflix’ upcoming series on Jessica Jones, Iron Fist and Luke Cage, we’re likely to see small-screen version of the Avengers called The Defenders – an on-again, off-again “non-team” come 2016.

In fact, one Netflix commercial is already calling Daredevil “the first defender.”

Until then, though, there are plenty more Daredevil stories to tell. Now we just have to wait until next year. 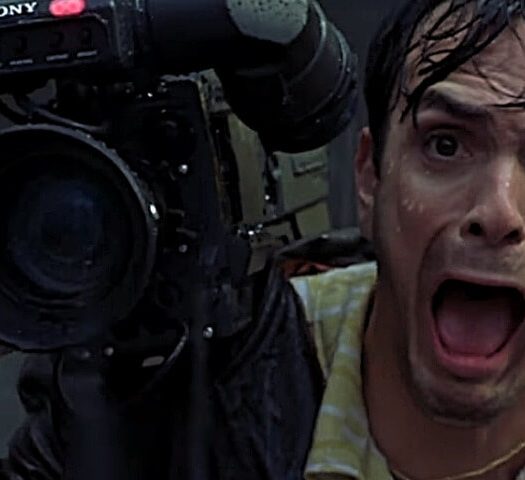