Indie Western ‘Any Bullet Will Do’ Talks Too Much

Indie Western ‘Any Bullet Will Do’ Talks Too Much

This ambitious oater gets upstaged by a veteran character actor.

The Western film genre was dead for a long time in Hollywood.

Michael Cimino’s disastrous epic “Heaven’s Gate” usually gets blamed for that. But the truth is that after the Euro Western Revolution of the mid ’60s, most famously pioneered by Sergio Leone, the Western simply had run out of things to say.

And, more importantly, stories to tell.

One of the most beautiful things about a great western is that it doesn’t need to make a point. The best westerns are often over interpreted. “High Noon” is supposed to be about McCarthyism. The film is so perfect that framing doesn’t matter. It would be an instant cinematic touchstone if it came out today. The cultural/political context is irrelevant to its quality.

Likewise Sergio Sollima’s masterpiece “The Big Gundown” is supposed to be a Marxist clarion call. But unless the viewer knows this none of the ideology comes through. It’s just a fantastic film.

The attempts of Euro western filmmakers to imbue the west with proletariat tragedy dragged them further and further into Mexico and the various revolutions that have taken place there. Very few of these films are well regarded today. Their focus was too much on politics which detracted from story. And the so called “traditional” values of the classic western were completely out of vogue in the U.S. by the ’70s. From a worldview perspective both the Euro and US western were exhausted.

But film doesn’t really convey semantic meaning. It conveys emotional and dramatic meaning. Film can be propositional and instructive. This is especially true of documentaries.

Cinema’s purest form is presenting something non propositional to the visual senses. And this is why the Western dominated film for a very long time. Many critics, theorists and enthusiasts have tried to dissect the western searching for deeper meanings. And sometimes profundity emerges from those endeavors.

But the truth is that the visual purity of the western is a perfect match for cinema. And that is why truly great westerns seem more profound than they probably are. Because they are profound in a different way. They speak directly to our soul without the mediation of the mind.

Their effect is primordial, not propositional. So the slumber of the cinematic west could not last forever.

From “Tombstone” to “Open Range” and “Firefly” to “Longmire,” the west has slowly been reestablishing itself. Especially in recent years with Quentin Tarantino’s excellent Spaghetti western trilogy and pretty much everything Taylor Sheridan has been connected to creatively (Paramount’s “Yellowstone” included).

And while industry giants have occasionally indulged the genre, in the background deeper signs of life have emerged. Tiny westerns have sprung up within the indie scene. “Bone Tomahawk” being the best and most notable of these.

The point is contemporary film trends aren’t merely the province of the Studios anymore. Those behemoths are all mired in developing their own franchise cash cows. So when the indie scene starts redeveloping an old genre it could be a sign of a small groundswell. But in this case its more likely just a sign that the western will always be a cinematic staple.

The latest entry from the indie western sphere is “Any Bullet will Do,” that rare film where the reach exceeded the grasp. It’s a high concept but mediocre final product. That sounds like a really bad thing, and while it cannot be called a great film, it’s an excellent argument for Justin Lee as a writer/director with a lot of potential.

In this regard it’s comparable to Ridley Scott’s “The Duelists.” That film gave a taste of what Scott was capable of but in many ways failed as a narrative. “Any Bullet” is actually a much more cohesive film, but there are some complications it can’t quite overcome.

Two brothers are still reenacting the Civil War in a highly personal way 10 years after the great conflagration has ended. Hollis Ransom (Kevin Makely) fell in love with a black woman during the War. But his brother Everett (Todd A. Robinson) is a psychopathic racist. Everett lynches Hollis’ love, forcing him to enlist with the North to seek out revenge. But although the war provides opportunity for that revenge, their conflict remains unresolved ten years later.

That’s a very good idea for a western. But the film simply doesn’t have the legs to sustain the weight of this concept.

RELATED: Why the Big Budget Western Is Dead

Blame an uneven and lackluster lead performance by Makely. He seems miscast. Scott Eastwood would have been perfect for this role. Makely is trying too hard to give his character gravitas.

The problem isn’t entirely apparent until Makely goes toe to toe with veteran supporting actor Bruce Davison. Davison has been more than 200 films and, to my eyes, has never stood out as particularly noteworthy.

He’s been filling out the background of many films with quiet, confident charisma. His scenes in “Any Bullet” really bring out his dramatic flair. In fact, his presence is so overwhelming he almost feels like he’s in a different film.

The depth of the film’s premise isn’t revealed until much later. And the first 20 minutes feel like a light hearted Spaghetti Western. The opening is a minor Civil War skirmish between the two brothers.

From the get go Makely’s performance is simply too reminiscent of the earnestness found in so many of the Spaghettis from the late ’60s and early ’70s to be taken very seriously. But for the first 20 minutes it feels intentional. Until Davison shows up the film seems self aware. That’s more in line with Sergio Corbucci than John Ford.

FAST FACT: Sergio Leone, the director whose name is synonymous with spaghetti westerns, directed his last film in 1984 (“Once Upon a Time in America”).

The film later transitions from the Civil War into snowy Montana. This alone makes it worth checking out for Western aficionados because traditionally the snow western is a rarity. “Hateful Eight” and “Wind River” being two of the best entries from recent years.

And in the snow of Montana we find Makely’s Ransom has become a bounty killer since the Civil War, a solid trope from the Spaghetti era. He brutally kills several men and brings their heads as bounties to Davison’s Jonathan Carrington. And this is where it becomes apparent that this film is supposed to be more “Wind River” and less “Hateful Eight.” Makely isn’t playing at emo anger, he’s supposed to actually be angry.

So in a sense one could argue that Davison is actually the one who is miscast. He is too good for this film. But the intent seems to have been that each performance would be up to Davison’s caliber. Otherwise I can’t imagine why they would have included so much dialogue throughout the film. This is one of the talkiest westerns in recent memory.

The plot moves from one extended dialogue sequence to another.

Westerns aren’t silent films. They primarily focus on characters doing things. So when a western hunkers down for some intense interpersonal drama it had better be worth it. Calvin Candie’s chilling phrenology monologue from “Django Unchained” being a perfect example.

And the dialogue isn’t bad. The problem is the cast isn’t really up to making the dialogue particularly enthralling.

The best westerns are often over interpreted.Click To Tweet

A lot of interesting things happen throughout the course of “Any Bullet Will Do.” The production values are high. The costumes and props all feel very authentic. The gun fights seem realistic. But most of the cast is substituting acting for naturalistic performances.

That could be Lee’s fault as director.

Ultimately it’s impossible to determine these sorts of things from merely watching a film. But given how organic Davison is my guess is that Makely simply in over his head. The subject matter proved too heavy.

Still, western fans could do worse than watch “Any Bullet Will Do.”

“A.C. Gleason is a proud Biola University alum, where he met his wonderful wife. He earned his MA in philosophy of religion from Talbot. He co-hosts and co-produces The AK47 Podcast with fellow Talbot Alum Kyle Hendricks. You can find more of his writings on Medium and ricochet.com. Follow him on Twitter @ac_gleason and his podcast @aaronkyle47. 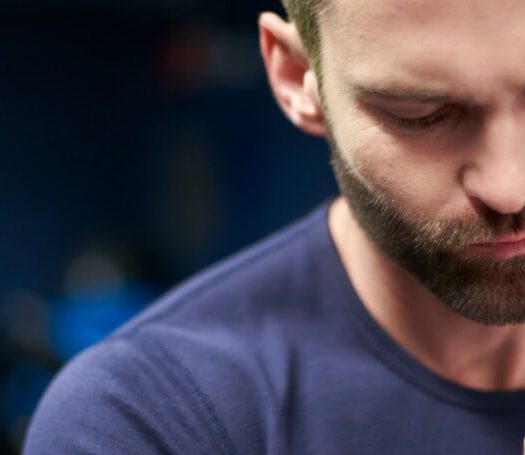 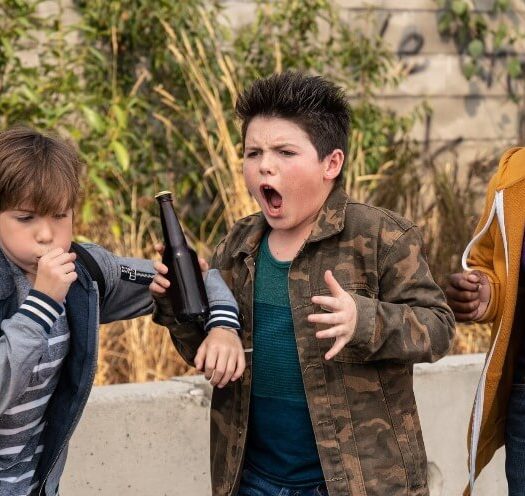 ‘Good Boys’ Makes the Most of Pre-Teen Virtue

Read More
‘Good Boys’ Makes the Most of Pre-Teen Virtue